Have you ever fantasized about being someone else just for the night? Sexual roleplay may be something you will enjoy. If you are new to role play, here are tips to get you into character and make your time experimenting with role play easier.

According to Anderson (2011), roleplay allows you and your partner to engage in seduction, pretending to be different characters. This can mean anything from bringing your inner badass in bed to putting on an act or even dressing up. One of the reasons people like pretending to be a certain character in a sexual context is because it can help overcome inhibitions. You have the opportunity to test out things you are too embarrassed to try. You can easily slip out of your costume and back to your skin if things get too kinky when acting out.

Mackay (2017) stated that many people are intrigued by roleplay. However, they never try it out because they worry about being judged for their fantasies or they worry they’ll come off silly acting their fantasies out. Below are tips to get you into character and make your first time experimenting with role play easier, including finding your segue, starting with words, and setting limits.

Figuring out how to raise this topic is usually a big deal for first-timers. If you feel embarrassed, the best thing to do is build your fantasy on a real-world image you spot with your partner. It’s the perfect segue. For example, if you see a police officer in uniform, you may say you find a man in uniform sexy and tell your partner they’d look hot in a costume like that. Another good approach is telling your partner you had a dream about being his submissive and enjoyed it more than you expected. It is a perfect way to test the waters.

To have a great and successful sex session, you must feel free to talk about your fantasies without judgment. Before roleplaying, agree with your partner that you will never judge each other’s sexual performance, choices, or fantasies and commit to keeping your sex life private. Don’t go around sharing explicit details even with your best friend. Sex is vulnerable, and for you to explore it freely, you have to know that others shouldn’t be told about your biases. Once you are guaranteed that, you will feel more comfortable leaning into your kinky sides.

There are many roleplaying fantasies that seem odd with how people present themselves in the world. For instance, a feminist human rights activist who enjoys playing a sex slave in bed, a serious lawyer who enjoys trying on a cheerleader character. It may be difficult for you to accept certain wants as part of yourself when they are drastically antithetical to what you want and feel in everyday life. Assuming a role in bed is about playing with power and not wanting the scenario to materialize. The bedroom should be where one can play with dominance, role reversal, submission, and degradation as long as it’s consensual. Moreover, it would help if you did that without feeling ashamed or judged. According to Beyke (2018), roleplay can be incorporated to modern BDS activities.

It is not recommendable to start your first roleplay session with full costumes, public outings, and new vocabulary. Start by verbally pretending to be a different character in bed and save the costumes for when you are comfortable.

When you and your partner get into character, you may say and do things that are fun and arousing in roleplay but unacceptable anywhere else. Therefore, it’s vital to set limits in advance. You may have consented to pretend to be a certain character, but that does not mean you’ve consented to any direction that fantasy might take. Consent expires. Sometimes, you can agree to something, but when you implement it, it doesn’t feel so good, so you need a safe word when roleplaying. This is important when it comes to fantasies that involve physical dominance.

People often feel silly when they start roleplaying. Pushing past self-judgment is crucial to getting to the fun part. Try jumping into a role as though you were performing on a stage. Sometimes putting on a costume, changing your look, or putting on make-up may help you get into character.

EXPERIMENT BY STAYING IN CHARACTER FOR SOME TIME

The more time that passes, the less awkward you will feel. The most important thing to consider when roleplaying is not to judge yourself or your partner. That is the key to opening your door to many sexy characters within you and your partner.

If you are unsure of the direction to take, here are some of the most common roles you can assume.

Sexual role play can bring elements of play to a relationship. Using roleplay can help you and your partner rediscover the interest of your early days together and bring fun back into a sex life that might have begun to feel monotonous. Role-play is a chance to step outside of the everyday rules you live your life by. Role-play allows couples to do things they wouldn’t have felt comfortable doing. It can also be a wonderful way for couples to bond and get closer as acting out a fantasy builds anticipation between partners, making sexual encounters intimate and fulfilling. 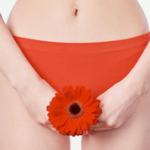